If you’re wondering whether cryptocurrency works or not, you’re probably not very familiar with the basics of how it works. It has changed the game for modern economic systems across the world. So, cryptocurrency, does it work?

The short and quick answer is yes; but how, where, when, and why, are all very considerable components to this answer. Is it really the ‘money of the future’, a ‘valuable asset’ in which you can invest, or an extremely risky asset that you should never approach?

The more cryptocurrency grows, and the more people hear about it, the more you’ll regret not knowing the basics. Maybe you have some, maybe you’re thinking about it, maybe you’re just curious about what it is?

The goal of this article is to help you have a fundamental understanding of cryptocurrency by breaking down its complexities. Once you understand the risks and advantages that come with cryptocurrency assets you can make an educated decision on whether it’s something you want to take on.

Once you reach the end of this article you’ll be able to understand:

Cryptocurrency is a digital asset that can work as a medium of exchange. The data of ownership and transactions of the cryptocurrency are held, using cryptography, on a public blockchain ledger.

I’ll explain how all this works. In order to do that, however, let me give you an example of currencies outside of the digital world, taking us all the way back to the era of ‘primitive money’. 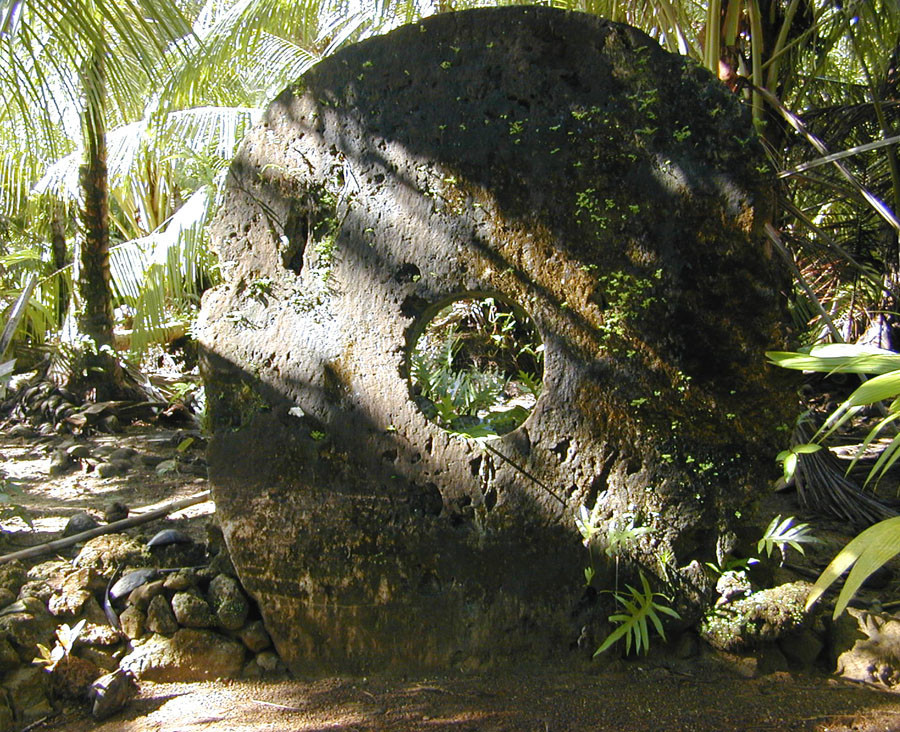 The reason why we’re going so far back is simply that out of all the currencies throughout time, the system of rice stones (image on the left), used in the Yap Island most strongly reflects how cryptocurrency works today.

These large stones carved from limestone functioned as a currency in the primitive ages, they came in various sizes.

They were placed in prominent locations where everyone could see them. Due to them being very tough to transport they were used as a payment method without the need of moving them.

There was no way of stealing or fraudulently making transactions with the stone because its ownership was known by everybody. This is how cryptocurrency works today.

Think of it this way:

Townsfolk awareness of the transaction and ownership = Public Blockchain Ledger

The words used to announce the ownership of the stone = Cryptography

Similar to the awareness of all the townsfolk knowing of the new owner and the transaction of the stone, in cryptocurrency, when a transaction occurs and balances are transferred from one account to another, the transaction is sent out to the public blockchain ledger.

This eliminates a very common problem with modern regular fiat currency today, like the US Dollar (USD).

Up until August 15th, 1971, the value of USD currency was backed by a gold standard. We used bills instead of actual pieces of gold for the convenience of simple transactions. After 1971, when the US got rid of the gold standard, the bills it provided were only backed by the government’s promise of its value.

So, what is fiat currency? It is money, often established by government regulation, that does not have any intrinsic value.

The value it has is only because a government maintains its value, or because peers agree on its value based on trust. Trust that when one peer accepts the currency, they can take it and use it as a medium of exchange for a different product or service.

Due to the central authority controlling fiat currency, they are considered to be ‘centralized’. They require a middleman (such as a bank) to process each transaction through their own private ledger.

A perfect example of the middleman using its central authority for fraudulent operations was when Well’s Fargo employees used fraud to meet impossible sales goals from 2002 to 2016.

You can read more about this here.

The limitless supply of money which causes inflation to rise (prices going up and value of the dollar going down) can be easily demonstrated during the COVID-19 pandemic when the US printed over $2 trillion worth of fiat currency, thus devaluing the dollar in the long run. These are all issues that cannot occur with cryptocurrency.

How is Cryptocurrency Different from Fiat

How is all this possible?

On a side-note, another very interesting fact about cryptocurrency is that they have no physical form and have no physical use, they are not tied to anything of value that you can physically have (like gold). This is why their value is so volatile and fluctuates so dramatically, much more dramatically than stocks or bonds.

However, despite all these pros, you must take note that because of their level of trust compared to fiat currencies, they are a very risky asset to have. For example, they are not FDIC insured as a bank would be. If you lose your crypto, you lose it.

An investment operation is one which upon thorough analysis promises the safety of principal and an adequate return. Operations that do not follow these criteria are considered to be speculative.

The scarcity of each of these cryptocurrencies can confuse many people to view them as an investment vehicle, but they aren’t. They are simply a volatile asset that can be used as a medium of exchange but its future and value are not promised.

Different Forms and Types of Cryptocurrency

Cryptocurrencies come in many different forms. The most well-known is Bitcoin, after that, we have Etherium, Litecoin, and many more. These are all coins but we also have different types of cryptocurrencies.

Tokens are a very particular kind of asset. They can:

To act as a security, however, security tokens have to follow certain regulations:

As cryptocurrency becomes more widely known, government entities have become more acknowledging of it. The US government has focused its efforts on people laundering money or purchasing illegal substances and services through cryptocurrency, identifying fraudulent Initial Coin Offerings (ICOs), and collecting taxes.

One of the most important pieces of regulatory guidance comes from Notice 2014-21 of the IRS. In summary, it states that cryptocurrency is seen as property for federal tax purposes and falls under general tax principles. Gains and losses are acknowledged by the IRS and are taxed accordingly.

It’s important to acknowledge current regulations on cryptocurrencies and pay attention to the new regulations being imposed on them as more time passes. Certain governments and government officials who are not okay with the use of cryptocurrency as a medium of exchange are trying to completely ban its use.

It’s important to stay updated on your government’s regulations of cryptocurrencies as time moves on.

Where to Obtain, Store, and Use Cryptocurrency

If your objective is to buy and trade cryptocurrency, and you want the simplicity of an easy-to-understand platform for beginners, a great tool to go to would be Coinbase. Coinbase is an app where you can buy and sell several cryptocurrencies (including Bitcoin). It provides you with video lessons that teach about certain cryptocurrencies and gives you advice about them. On the downside, Coinbase is also known for having the highest fees of all cryptocurrency trading platforms

There is another version of Coinbase called Coinbase Pro, formerly known as GDAX. This platform is designed for more intermediate traders because of the details included in their charts and graphs, more trading options, and fees only range from $0.10 to $0.30.

Another platform that has hundreds of different cryptocurrencies for advanced trading features, highly detailed trading charts & graphs, and only charges a 0.1% trading fee is Binance. This is a very reliable platform in which you can execute practical trading strategies and make money by trading cryptocurrencies.

A similar platform to Binance with similar characteristics and a different look is Kraken. It provides you with your private and public keys and offers detailed charts & graphs for advanced traders.

These platforms are very valuable and one who knows how to trade cryptocurrency correctly can make very huge profits by using any of these platforms. However, if you simply want to buy and hold cryptocurrency because you’re confident in its future’s value. You don’t want to hold your precious digital ‘metals’ in a trading platform like the ones listed above.

What defines a wallet is where its private key is stored.

There are many kinds of cryptocurrency wallets, such as

From the wallets named above, there are two types of wallets that come in versions:

As you can very well tell, there is quite a bit to cryptocurrency. It’s a unique digital asset that several people speculate to have a bright future in our world.

This information in this article covered very important basics to get you started with cryptocurrency and to get your foot in the door if you wish to take the risk. As we continue to evolve as a society, so is our currency.

As people see the flaws that come with a centralized standard of currency that is only based on a government’s promise, we try to find alternative and better monetary systems, cryptocurrency has become a system that more and more people are beginning to accept.

Though slowly, its popularity continues to expand across the world as even companies like Facebook have developed their very own cryptocurrencies.

For those who are finding interest in finance, economics, business, and other money-related sectors it’s important to begin understanding the fundamental basics of this possible new currency.

If there’s anything you might not have fully understood in this article or you still have questions about something, please leave them down below, I’ll be more than happy to answer them with detail.