Blockchain technology is becoming quite popular among the current generation. Surprisingly the idea of blockchain existed before the existence of cryptocurrency.

The idea of a blockchain was originally described in 1991, way before the existence of Bitcoin or any other cryptocurrency.

Outside of cryptocurrency, people are working on applying blockchain technology to other systems such as supply chains, management, and other systems.

There are several arguments on the subject of whether blockchain technology should be used outside of cryptocurrency. People like Saifedean Ammous, author of “The Bitcoin Standard” makes several arguments as to why blockchain technology should only be used for Bitcoin and why it is ineffective in any other area outside of cryptocurrency.

Others advocate for the use of blockchain technology in other areas outside of cryptocurrency.

However, this will not be the argument that I will be discussing in this article. Here I will be explaining the intricacies of blockchain technology and how they apply to cryptocurrency. I will not be going into the details of how it can or cannot be applied to other areas.

Blockchain technology is a very complex, yet, simple method of transaction. It has its pros and its cons.

Let’s get into the blockchain tech basics.

How Blockchain Tech Applies to Cryptocurrency

As said earlier, the idea of blockchains came along in 1991 but they were not effectively used until 2009 when Bitcoin was created. Bitcoin was created with the purpose of eliminating the centralized system that our fiat currency runs on.

Our currency currently runs on a system of 3 separate parties:

Or the money could simply be lost in the process.

Due to this centralized system, we also have a government that is in charge of the supply and value of the currency.

Bitcoin, the first cryptocurrency created, was created in order to make currency peer-to-peer (P2P) and completely eliminate the third party or centralized system that fiat currency runs on. Unlike fiat currency, Bitcoin has a limited supply and its value is only determined by itself, its trust, and not a third party.

What is a Blockchain?

To put it simply, a blockchain is a chain of blocks that contains information. In cryptocurrency, a blockchain is a public distributed ledger that is completely opened for anyone to see. Once data is submitted into the blockchain, that data becomes difficult or impossible to change or manipulate.

Blockchains can be described as a collection of records linked with each other that is strongly resistant to altercation and protected by using complex cryptography.

Depending on the specific cryptocurrency, it could use more or less energy and could take less or more time to add the block to the chain.

This makes it that much more difficult to fraudulently manipulate a blockchain. But how does the process of creating a new block and adding it to a blockchain work? What information is contained within a block? How does a block get added into a blockchain?

These questions will all be answered in the next section.

How a Block and a Blockchain is Created

The information held within a blockchain consists of: 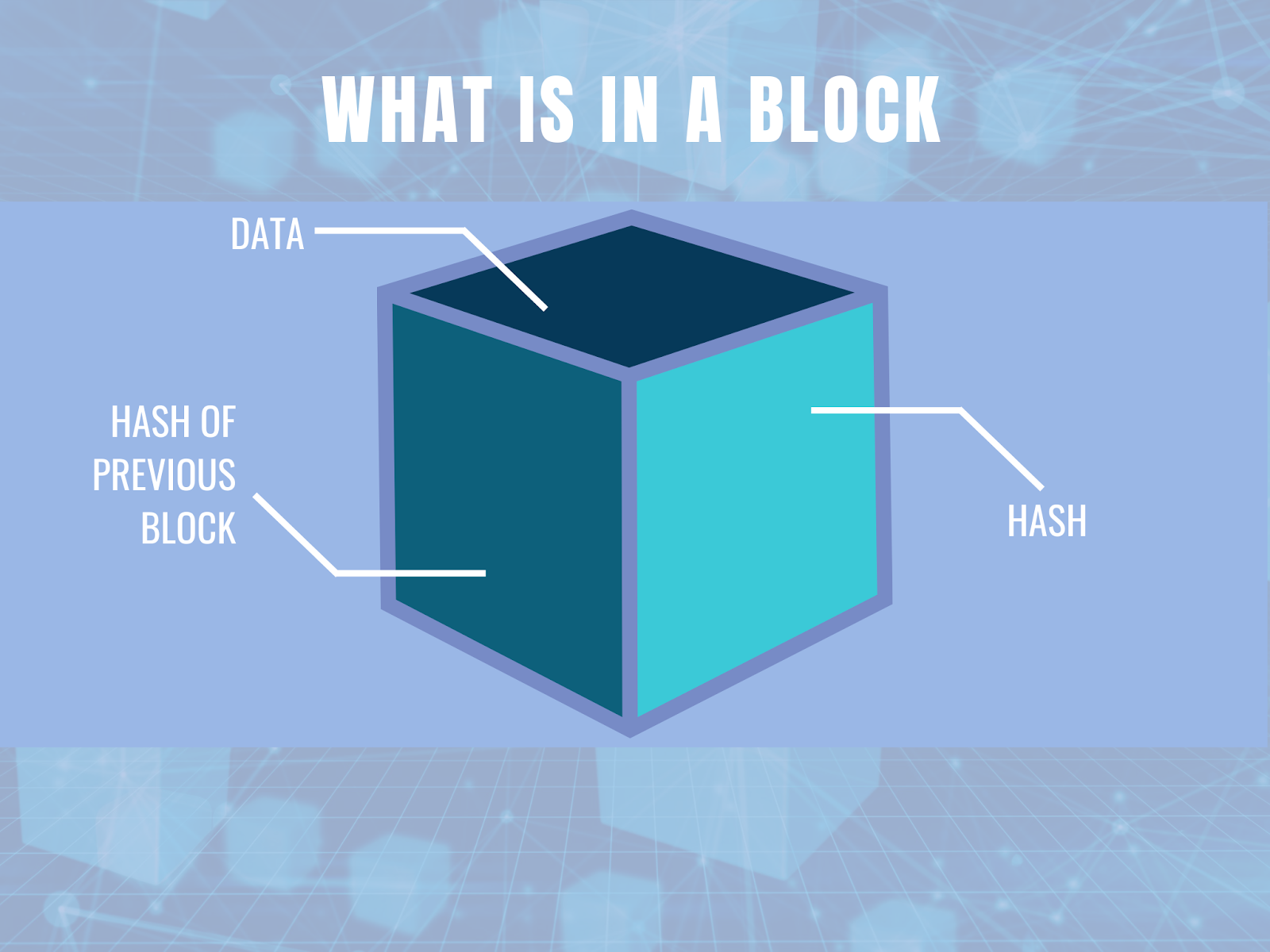 The information within the block is all encrypted by the specific cryptography used by each cryptocurrency.

Here is what a blockchain looks like with the single block that was described in the image above. When you try to change one of the blocks in a blockchain, it will make all the following blocks invalid. So in order to make the change, you need to change the contents of all the other blocks.

However, this can still be done by changing all the hashes of the blockchain. To prevent this, we have something called proof of work (PoW).

PoW is a process of solving a complex mathematical problem that uses an algorithm to calculate and confirm a new transaction and produce new blocks to add to the chain.

The computers (or miners) that are in charge of making these calculations must compete with each other to solve the mathematical problem, thus completing the transactions and adding a new block to the chain, when they do this, they get rewarded with cryptocurrency.

This process slows down the creation of new blocks in a cryptocurrency. In the case of Bitcoin, it takes about 10 minutes to calculate the required proof of work and add a new block to the chain. This makes it harder to tamper with blocks because you’ll need to recalculate the proof of work for all the other blocks as well.

Having to change the hashes of each block and then having to entirely recalculate the PoW for each block is a very difficult process to go through. However, even then, it’s not impossible.

This is why we also have a…

Remember how earlier I stated that cryptocurrency runs a P2P network? This network is one in which anyone is allowed to join, every person in the network gets a full copy of the blockchain and is able to see the information within it. They are said to form a P2P network of nodes.

Together, this network is what forms a consensus. They agree about which blocks are valid and which are not.

Every time a new block is created, that block gets sent to everyone on the network. Each node verifies the block to ensure it hasn’t been tampered with. Any block that’s tampered with will be rejected by other nodes of the network.

If everything is correct, each node adds this block to the blockchain. When this happens, all these nodes working together create a consensus. 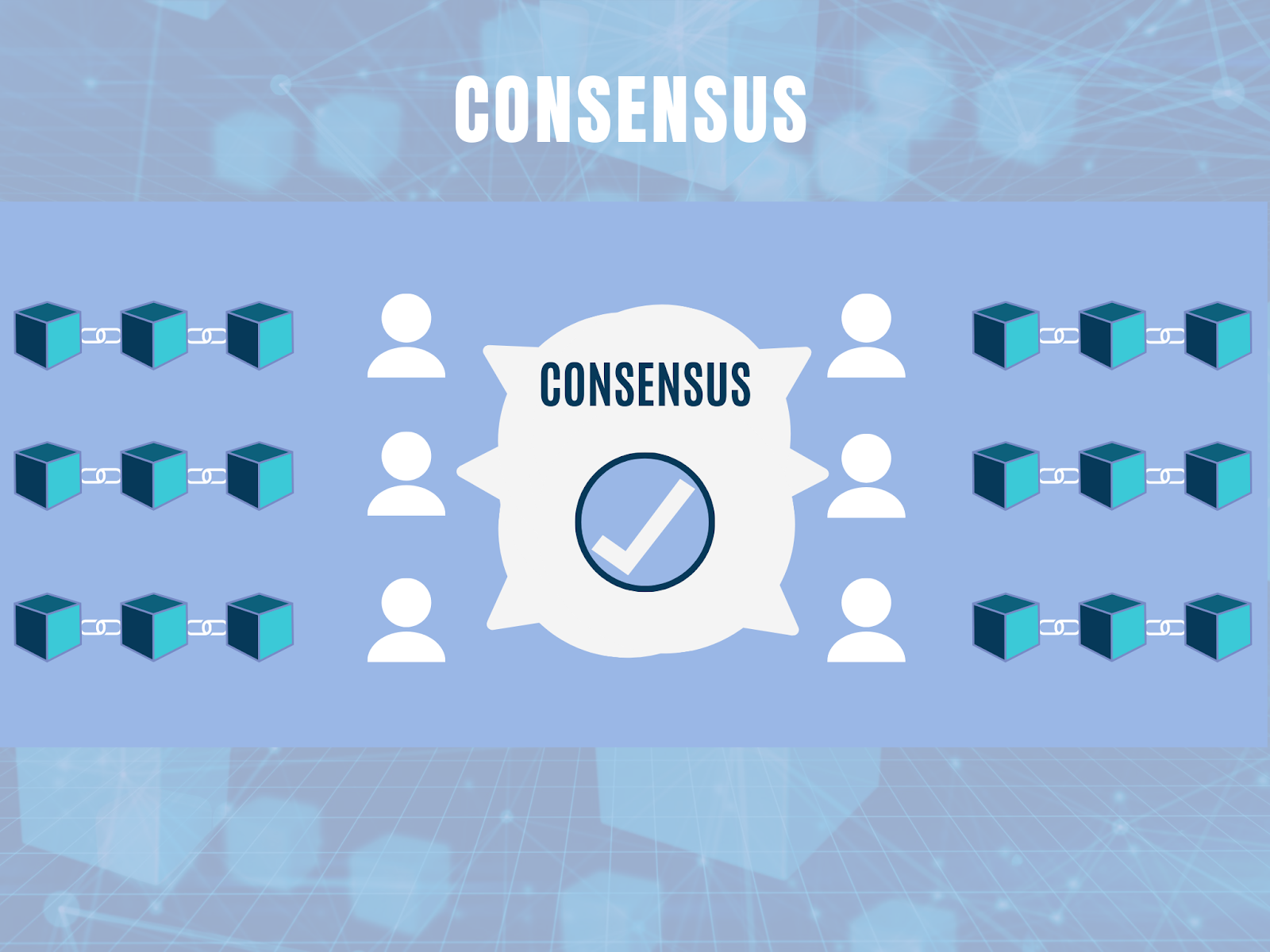 If someone were to successfully tamper with an entire blockchain and recalculate all the proof of work in a blockchain, they would need to do the very same thing with each one of the nodes of the consensus.

If you want to temper with ONE block you would need to:

A process that is considered impossible to do.

Why is a Blockchain Beneficial?

As I said earlier, in this article, I am strictly focusing on cryptocurrency when it comes to blockchain tech. This includes crypto’s usefulness when being used in the place of fiat currency.

Fiat currency (like the dollar) runs on a third-party (or middle-man) system where the government has control over the value and the supply of currency. It is also a third-party system because banks are necessary for the transactions to occur and the ledger that is used is strictly private for the use of banks only.

This leaves an opening for fraud from the middle-man. For example, when Well’s Fargo employees used fraud to meet impossible sales goals from 2002 to 2016.

In quick summary, banks have the following issues:

Outside of banks, another example is the oversupply of the dollar that took place during the 2020 COVID-19 pandemic, thus devaluing the dollar and leaving a higher risk of hyperinflation in the long-run.

With this being said, I have no evidence that 100% guarantees hyperinflation in the long run but it is more likely to take place with the amount of money that was printed out at one time. But this is an entire topic of its own.

These are all risks that we have to deal with and that we cannot do anything about when using fiat currency.

Thanks to blockchain tech, we can avoid these common but very significant issues that fiat currency brings. But don’t let that make you believe that cryptocurrency is perfect. Crypto still has its flaws and risk and it has been continuously updated along with its blockchain.

But keep in mind that the number 1 characteristic that makes any cryptocurrency a valid medium of exchange is trust.

No matter how great blockchain technology can be and how much it can be improved, without trust, the currency has no meaning. This is why it is important to learn more about what you can do with your money (fiat) to get the most value from it, which is why I created this website.

But that’s on a different note.

Blockchain tech continues to improve and we have yet to see it at its peak. However, for now, you know the basics and you understand why it’s so important to making cryptocurrency so unique.

If you have any questions on anything that I’ve talked about here, feel more than welcomed to leave a comment down below and I’ll be sure to answer them!